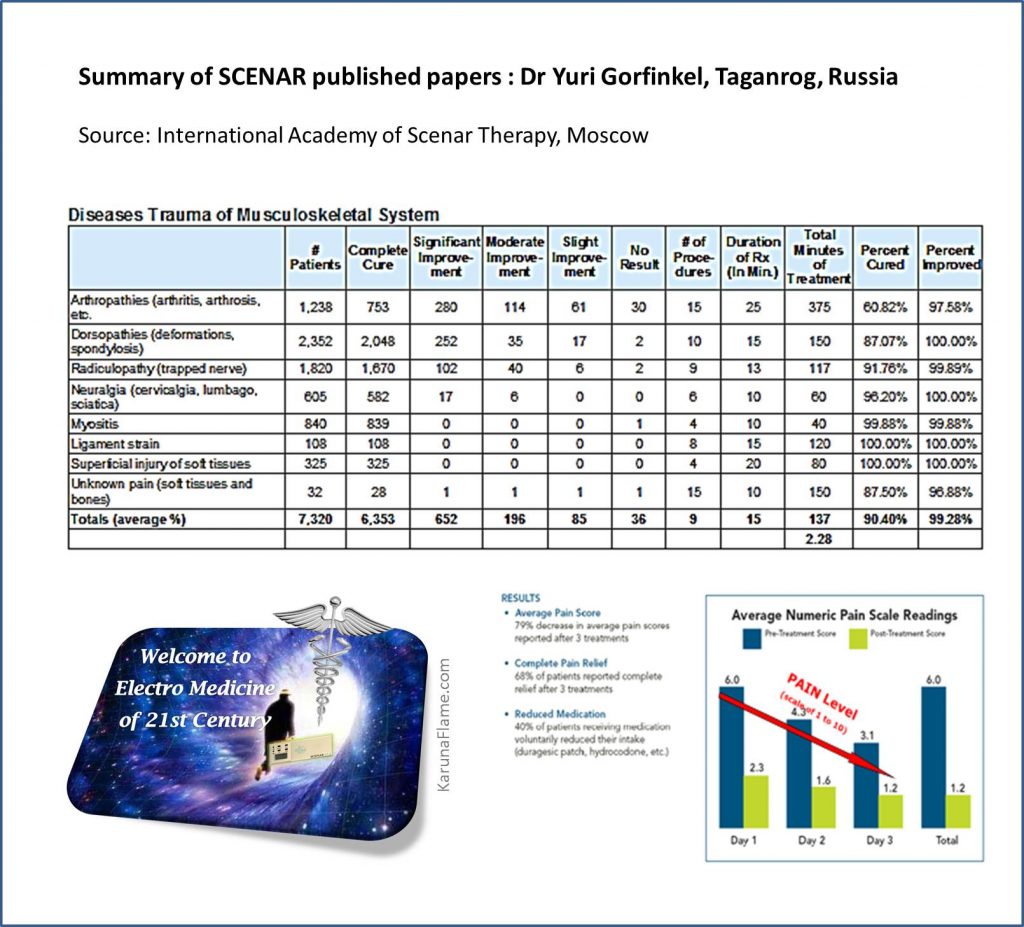 Health Ministry of the Russian Federation

The device was applied to patients with post-cerebrospinal traumas (ranging in age from 6 months to 4 years), with extremity paresis, pelvis disorders, and sore spots.

All patients experienced increased activity in their extremities, and pain was either reduced or entirely eliminated. Patients with urinary disorders also improved. Without any special treatment of additional zones, cardio-vascular and digestive functions were normalized.

At the Pediatric Psychoneurology Department, medical tests were conducted with children from 4 months to 3 years old, with arrested motor development and post-delivery trauma.

In all cases, there was a positive response. Children became more active, emotionally balanced, and growth disorders decreased. Patients did not have an adaptive response to treatment, so results were optimal.

Study was conducted for three months, Dec. 1997 through Feb. 1998, in the Fourteenth Child Health Center of the Petrograd District of St. Petersburg, by the Pediatrics Chair Research Workers. Twenty five children suffering from the night-time bedwetting were totally cured during the clinical tests. Children with urologic enuresis were not included in the group. Every child received 4-10 sessions weekly. In all cases the results were positive: enuresis stopped completely or episodes became solitary. Enuresis treatment with the SCENAR Therapy can be recommended for ambulatory practice.

Scenar was applied to a group of patients suffering from spinal column and joints problems, lesions of central and peripheral nervous system of different degrees, vegetative and trophic disorders, pain and surface sensitivity. In all cases quick relief of pain and symptoms was observed, more pronounced under acute processes. Positive organism’s reaction as the response at instrument (apparatus) exposure, are still go on for some days after it’s application.