The three main portable devices are:

The Russian scentists from Deta Elis have been experimenting during the last 20 years and have actually progressed to the point of having manufactured their own range of Bioresonance Treatment (BRT) portable devices. The Deta Elis company is spearheaded by their top scientist Dr Sergei Konoplov, a medical doctor, PhD physicist and electronic engineer. To date, company has conducted 117 clinical trials in different medical facilities throughout Russian Republic.

Given the language barrier between the Russian East and the English-speaking world, a lot of these research findings have not been released, except the ones listed below.

[This data has been translated into English by Dr. George Gorgiou, PhD ND DSc (AM)]

This report was prepared on 17/11/1995 by the Consultant of the Central Military Hospital of Moscow, Dr. Betsoyk and Dr. Volkov.

This study included 20 patients aged 40 to 60 years with diseases of the peripheral nervous system (inflammation of the spinal nerve root), first and second stage hypertension, sleep disturbances and vasomotor rhinitis.

Another notable observation was the complete ameliation of pain in these patients. Insomnia was also improved considerably.

In this pilot study, it is clear that the Deta devices used alone can help many different neurological symptoms, as well as helping in cases of hypertension.

Pediatric Clinic No. 1, Borones (Russia) – effectiveness of the Deta-AP and Deta-Ritm devices on 341 Children with Various Diseases.

Portable DETA devices can be programmed with 30 different treatment options:

The survey was conducted from March 2003 to April 2005 under the supervision of assistant consultant, Dr. Gkolopkoba and T.B. pediatrician Dr. Nteineka.

341 patients were treated with the Deta devices, aged from 7 to 15 years.

These 341 children were divided into 5 groups, as follows:

Musculoskeletal problems (scoliosis and osteochondrosis of the vertebral column) – 18 patients.

The improvements that many of these children had were really quite remarkable, given that the only treatment they received was with the Deta-AP and the Deta-Ritm – no other medication was used.

The Use of the DETA devices on school children in the Children’s Anti-tuberculosis Health Resort of the city of Ufa, Russia

The aim of the tests was to evaluate the efficiency and safety of DETA-AP and DETA-RITM devices in a Children’s Anti-Tuberculosis Health Resort.

One DETA-AP device and one DETA-RITM device were used during all the tests.

The “Antihelmetic” program was used once per week for a period of one month. At the same time the children also received antihelminthic herbs from the root of sweet flag and wormwood tinctures.

Before running the “antihelmetic” programs, the Deta AP “Drainage” programme was run for 17 minutes.

Depending on the type of helminth the following Deta AP programmes were used:

Immediately after each “antihelmetic” programme, the  “drainage therapy” programme was run to help eliminate toxins related to the parasite die-off – run-time 17 minutes.

The DETA-RITM was used mainly with children having gastroduodenitis, biliary dyskinesia and cholecystitis.

All children were required to drink plenty of water to help the flushing of toxins – 30 ml. water to each kilo of body weight.

The Deta devices were used with children up to 4 years old – most of the children wore the devices over their clothes in their breast pocket.

There were three treatment groups:

The 45 women taking part in these clinical trials were aged between 18-42 years (mean: 29 years) being treated on an outpatient basis in the maternity welfare centre № 10 of the Medical and Preventive Treatment Institution of “Maternity Hospital № 4” of Nizhny Novgorod State Medical Academy, Russia. The Principal Investigator was Prof. Borovkova, Head of Department, and Dr Pershin, Assistant Head.

All the woman included in the research had been clinically diagnosed with PID (both acute and chronic) and had clinical tests indicating the presence of chlamydia, mycoplasma, ureaplasma, CMV, herpes and HPV infections. The tests were conducted using enzyme multiplied immunoassay data and fragment detection of pathogen DNA by means of PCR.

The 45 women in the clinical group were divided into 2 groups:

GROUP 1 – those that combined prescription medication with the Deta AP bioresonance therapy devices.

There was also a 3rd group of 55 women, aged 18 – 42 years, that received only prescribed medication.

The women using the Deta AP therapy devices ran them for an average of 40 – 60 minutes – there were three programmes ran every other day along with detoxification programmes.

The absence of any adverse side effects using the Deta AP devices resulted in the researchers concluding that bioresonance therapy was an excellent way of treating the underlying microbial caused of Pelvic Inflammatory Disease, either in the clinical setting or at home.

TB2 – The aim of this clinical pilot study was to determine the efficacy of the Deta AP bioresonance devices with patients that had been clinically diagnosed with Pulmonary TB, including multiple drug-resistant TB.

The trials were conducted at the State Health Care Institution of the Yaroslavl Region Regional Clinical Hospital for Tuberculosis, Russia.

The Deta AP therapy programme “Tuberculosis” was run for the prescribed period of time, once per week for 30 days. Criteria for assessing the efficiency of treatment were clinical, radiological and bacteriological examinations.

According to the bacteriological examination, a complete eradication of the TB bacterium was seen in 12 cases (48%), BK (-) in 8 cases before and after the examination, with 4 patients that were still positive.

It should be noted that all programmes of the devices are well-tolerated, and there were no adverse reactions to the treatment. 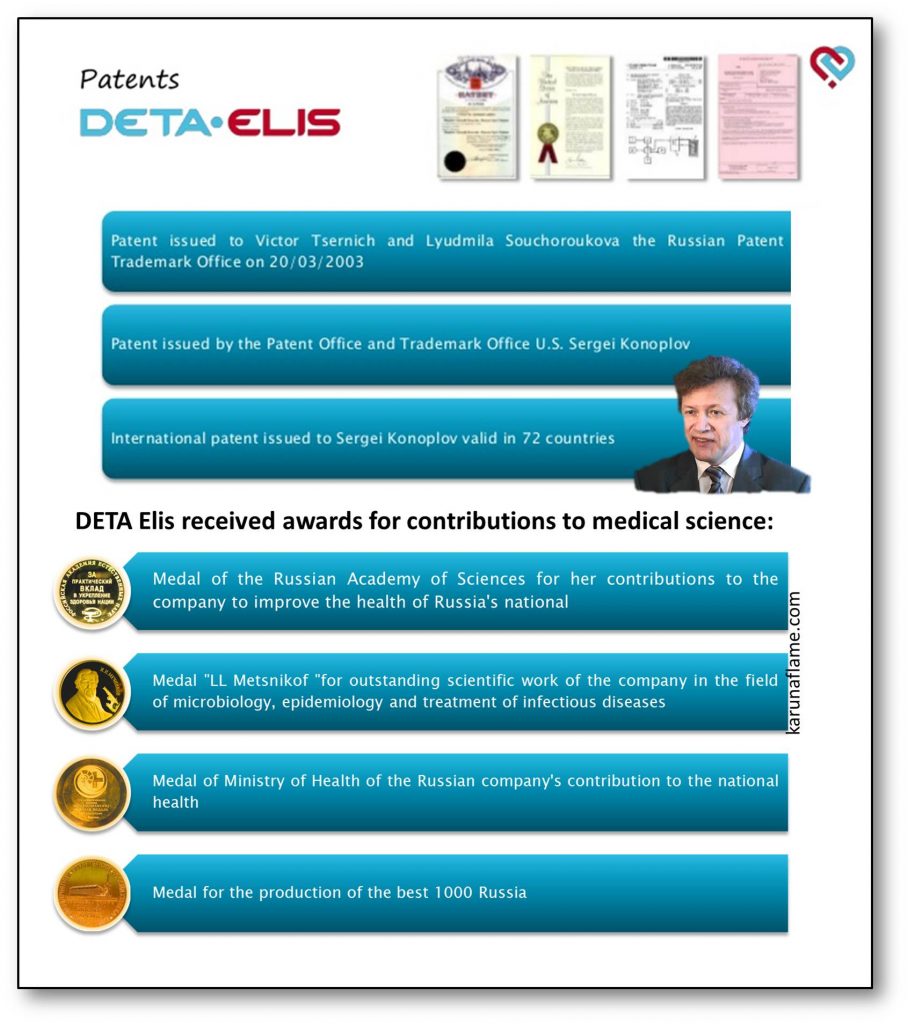 Please contact us if you want to try or hire Bio-Resonance therapy device.  First we assess your health situation and then program the device to meet your specific needs.