How often do we hear that the cause of increase of Alzheimer’s disease is unknown. … Too often. But if we are determined enough to find the information about the culprits, than it finally presents itself.

It is true that more research in this field is needed but at the same time one can’t ignore what already has been discovered.

Mercury has been correlated as one of the main players involved in this and other neurological conditions.

Mercury is the only toxin that has ever been shown to directly cause all the typical degenerative pathologies of Alzheimer’s disease in nerve cell cultures. This video from the University of Calgary illustrates an experiment that showed mercury in exceedingly small quantities causing the breakdown of growing neurons, leaving the neurofibrillary tangles seen in AD. 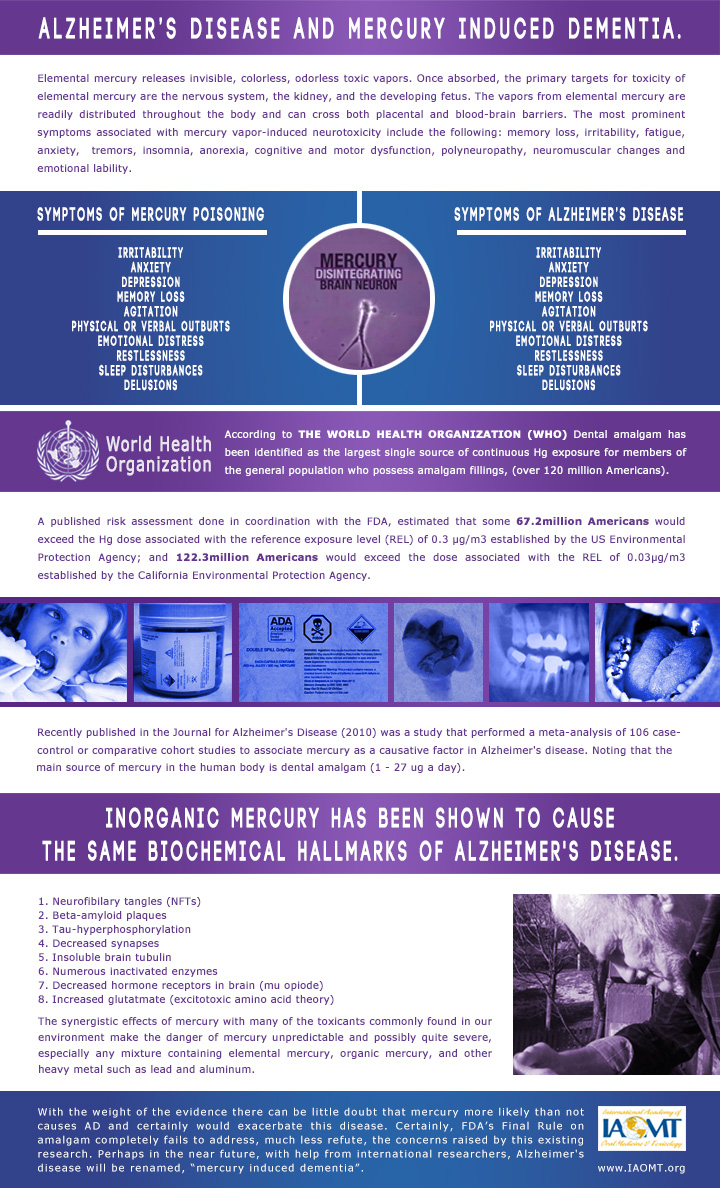